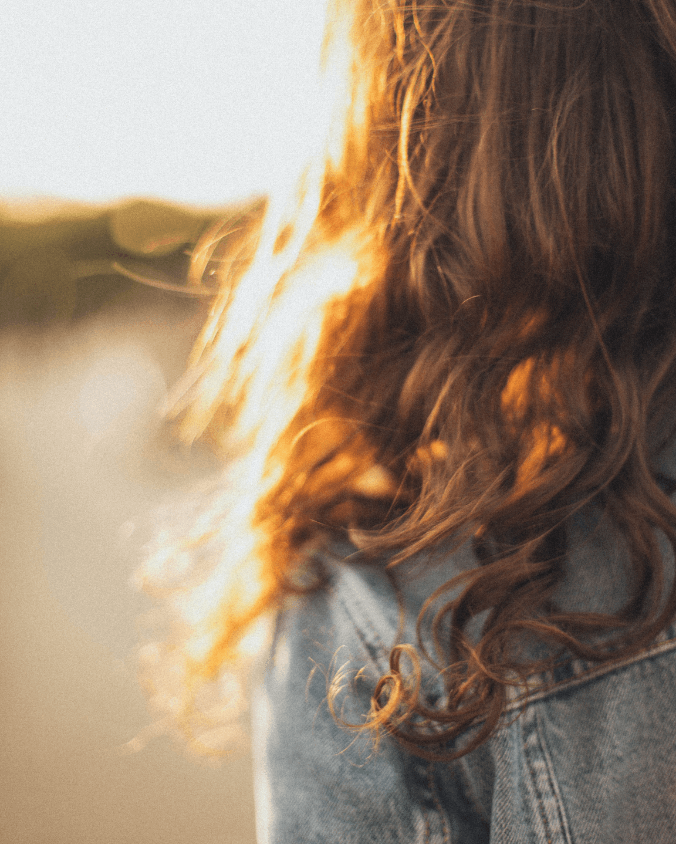 Veganism and hair loss: does a vegan diet cause hair loss?

Hair loss in women is not an unusual problem. The reasons for hair loss are complicated and may vary from person to person. Conditions such as pregnancy, thyroid disorders, PCOs and anemia can cause hair loss. If you have serious hair losses, it is important that you consult a doctor.

Many people are concerned about the effects of being vegan on their hair. Does a vegan diet lead to hair loss?

This article will help answer the above question. 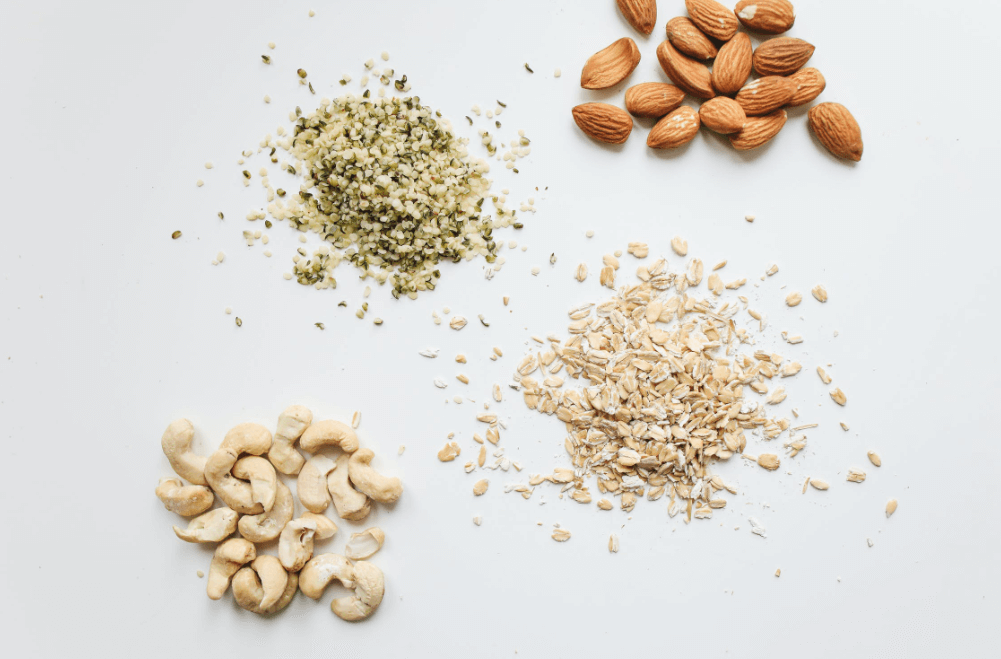 Having a plant-based diet offers several health benefits, including a reduced risk of medical issues such as heart disease, type 2 diabetes, and certain types of cancer.

However, in some cases, hair loss can be diet-related.

Below, I will explain how a vegan diet can contribute to hair loss as well as the different forms of possible hair loss. 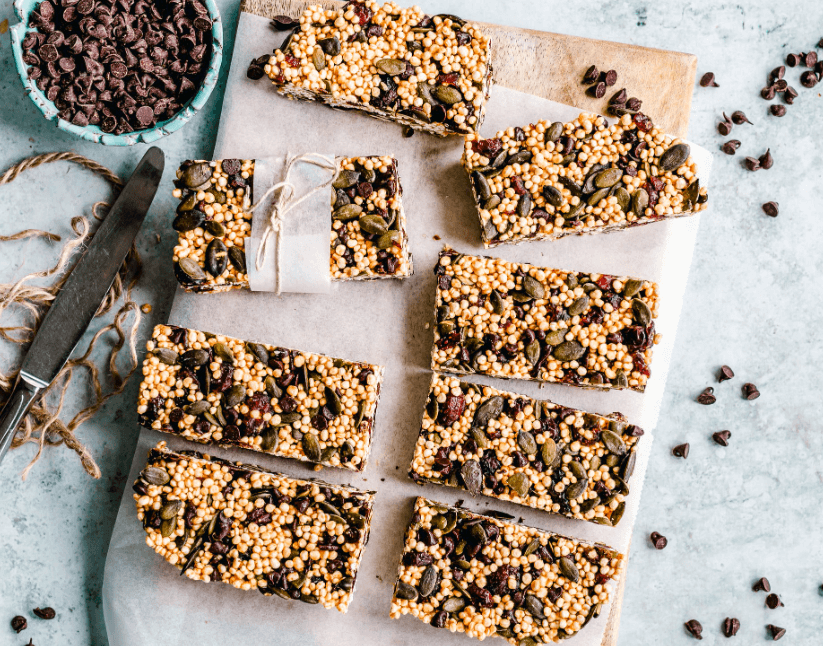 How does being vegan contribute to hair loss?

The simple truth is that a vegan diet can contribute to hair loss when you have an unbalanced diet.

Having an unbalanced diet can result in deficiencies in certain vitamins, proteins and other minerals that will be discussed below.

However, it is important to understand is that being vegan does not necessarily mean that you will develop hair loss or hair thinning.

On the contrary, any less than optimal and unhealthy diet that does not include enough essential nutrients can contribute to hair loss.

The good news is hair loss caused by malnourishment isn’t permanent. As such, your hair should grow back once the deficiencies are resolved. 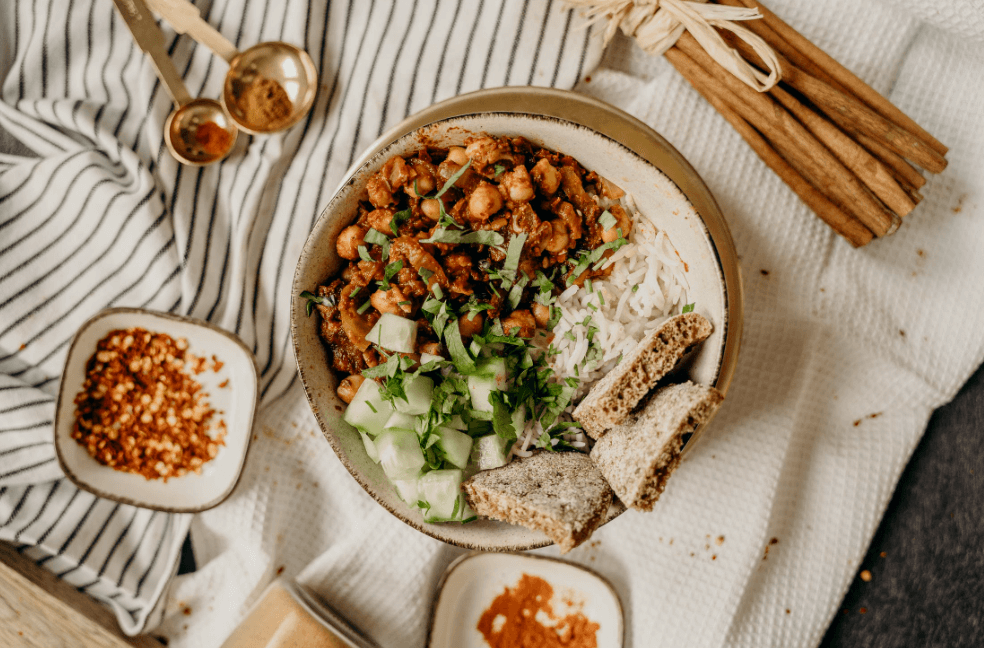 To prevent hair loss, the best course of action is often to change your eating habits and consider taking food supplements to compensate for any nutritional deficiencies of your diet.

However, a balanced vegan diet program should always be prioritized to meet most of your vitamin and mineral needs before resorting to supplements.

Although some vegans can develop hair loss, it is important to understand that it is not always directly caused by your diet.

Consuming vegan processed snacks, fast foods and fizzy drinks can lead to nutrient deficiencies, which is why eating a well-balanced diet to optimize hair quality and prevent deficiencies is so important.

Here are the main nutritional deficiencies that can result in hair loss:

These deficiencies in nutrients, vitamins and minerals can contribute to hair loss and hair thinning. 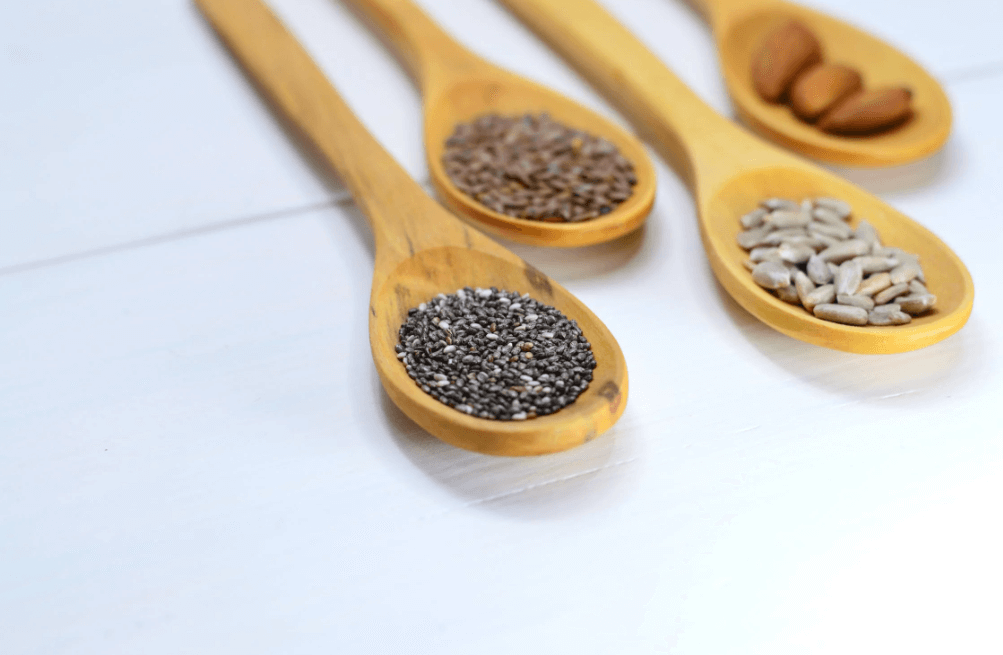 The main deficiencies that cause hair loss on a vegan diet

Studies have proven that hair loss is a symptom of iron deficiency, also called anemia. Anemia is a medical condition that affects the body’s ability to produce red blood cells causing multiple symptoms.

Not only does an iron deficiency contribute to hair loss, it can also lead to fatigue, a weakened immune system, and impaired cerebral function.

Iron in plant food sources, called nonheme iron, is absorbed at a lower rate than iron in animal products called heme iron, which is why a poor vegan diet can cause an iron deficiency.

The best dietary sources of iron include:

Consuming vitamin C from sources such as orange juice, along with iron-rich foods mentioned above, can also enhance your iron absorption.

For interesting and easy ways to add sources of iron to your meals check out my TikTok and Instagram pages.

This may seem less common, however research has proven that trace elements such as

The study linked above found that people suffering from hair loss had significantly lower concentrations of zinc and copper than the control group.

Zinc is an essential mineral that can be found in many food sources such as beans, fortified cereals, nuts, and tahini. An easy way to increase zinc bioavailability is to add onion or garlic to the meal.

Check out one of my favourite recipes containing a good amount of zinc: smokey tahini salad dressing!

When it comes to copper, it is an important mineral that plays a key role in energy metabolism, allowing the body to store energy for hair production.

Low protein levels can cause hair loss because many plant-based proteins are not complete sources of protein, meaning they don’t contain all 8 of the essential amino acids.

The current recommendation daily intake for protein is 0.9 g/kg of ideal body weight. If you are not consuming a balanced variety of plant protein sources, you may easily fall under the recommended protein intake for the day.

Some protein-rich vegan food sources include:

Usually, a lack of dietary protein does not cause immediate hair loss. However, you may notice hair thinning or falling out about two to three months after following a vegan diet that is low in protein.

Low levels of vitamin D can cause your hair to thin or even stop growing, which is why it’s important to respect the recommended daily intake of 15 μg /day.

Vitamin D is mainly absorbed through exposure to the sun, but you can also take dietary supplements and eat certain foods to reach your daily intake.

Vegan and vegetarian diets tend to lack a sufficient amount of vitamin D. Consequently, supplements will often be recommended.

Another important vitamin, B12, helps produce red blood cells and ensuring adequate intake is essential to the hair growth process. The human body doesn’t produce vitamin B12, and it is therefore important to get this nutrient from your diet.

However, vitamin B12 is only found in animal-based foods, which is why most vegans and vegetarians need B12 supplements or B12 fortified foods.

Fortified vegan foods that include vitamin B12:

The body requires minimal amounts of B12 and the official recommended dietary allowance is set at 2.4 mcg/day.

I recommend taking B12 supplements every day. Most multivitamin supplements provide 24 mcg or more, which is enough to prevent any deficiencies. 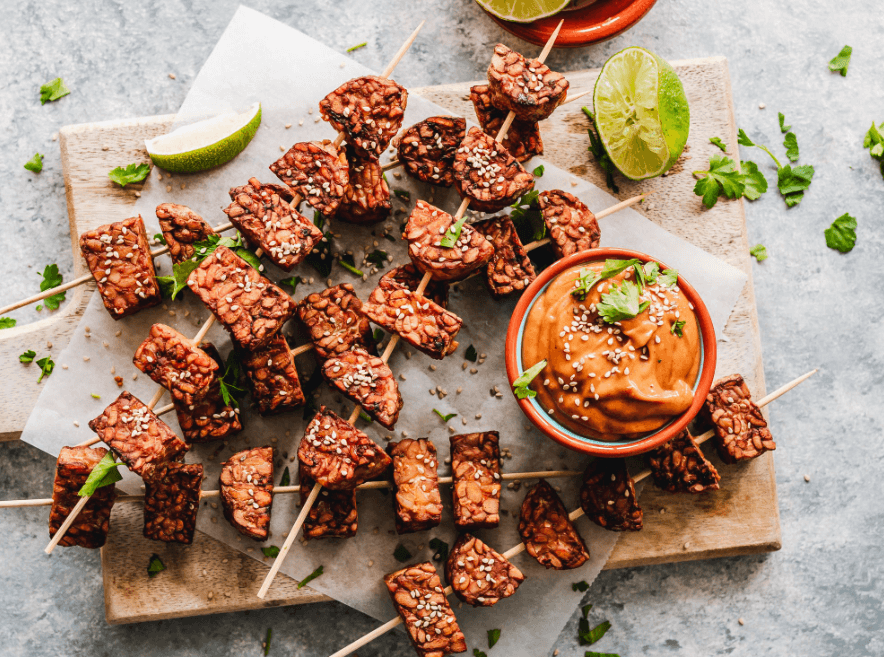 A vegan lifestyle will not make you go bald. However, as mentioned earlier, a lack of nutrients resulting from an inadequate vegan diet can lead to hair loss and hair shedding.

If you notice your hair falling out in small patches, you should consult your doctor because it may be related to an alopecia areata condition.

DHT is an androgen hormone that can bind to receptors in the scalp and cause the hair follicles to miniaturize. It is the primary hormone responsible for male pattern baldness.

You may be able to get a prescription from your health care provider for hair loss medications, such as finasteride.

Some supplements can also help accelerate regrowth and restore the fullness and volume of your hair. Hair growth will return to normal after a few months for most people.

Hair loss is a common challenge that can affect a person’s self-esteem along with their appearance.

To conclude, following a vegetarian or vegan diet won’t directly cause hair loss. However, you can have a higher risk of developing hair loss and thinning if your diet lacks nutrients such as protein, iron, or zinc.

If you are having trouble adjusting your diet and want to achieve a balanced plant-based diet or get personalized supplement recommendations, I am a vegan registered dietitian and will be happy to assist you further. 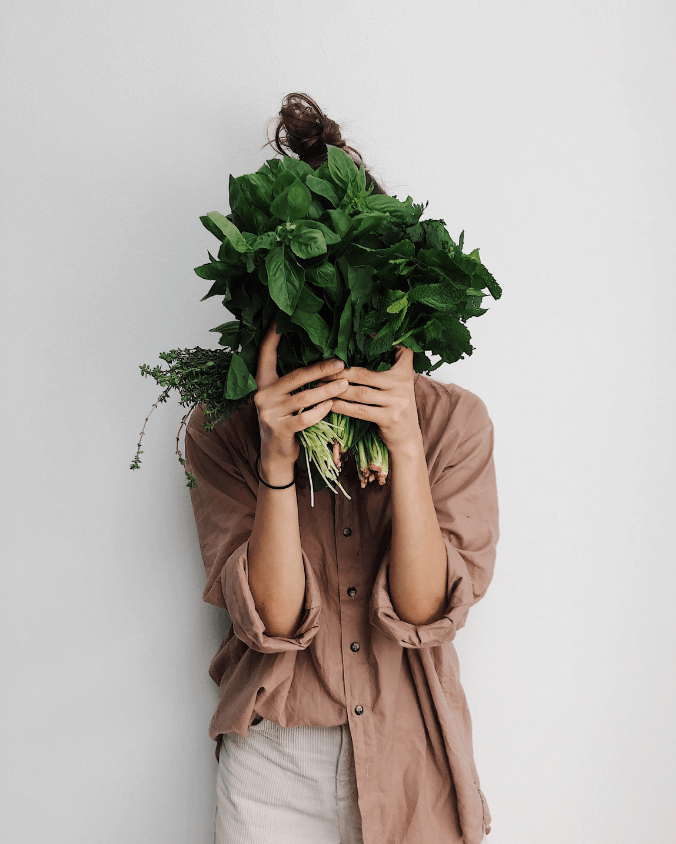 Vegan Orthorexia: Everything You Need to Know

Vegan Orthorexia: Everything You Need to Know If you are vegan or plant-based, chances are you’re

Veganism and hair loss: does a vegan diet cause hair loss? Hair loss in women is not an unusual prob 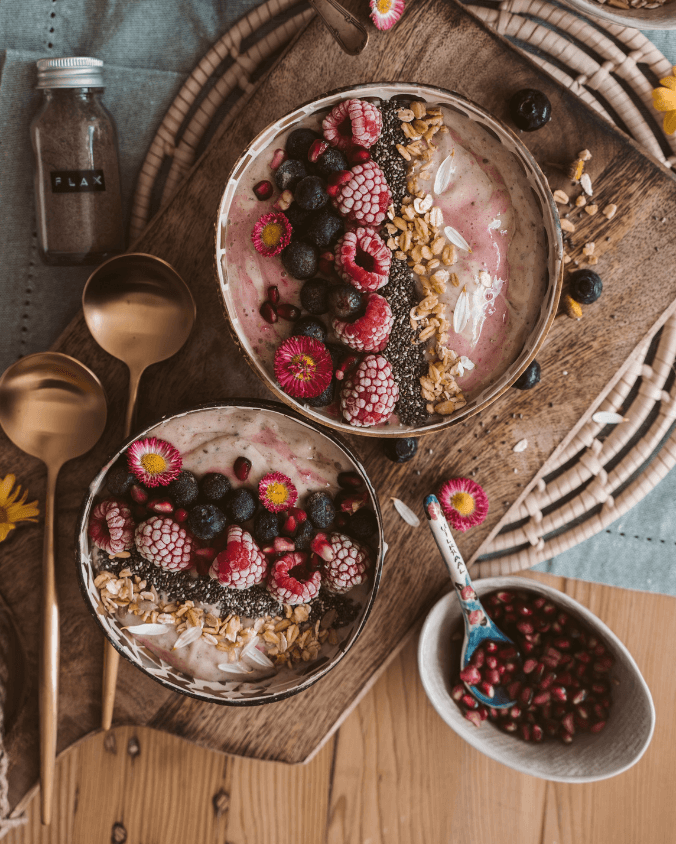 Veganism and Autoimmune Disease: Can a Plant-Based Diet Help? 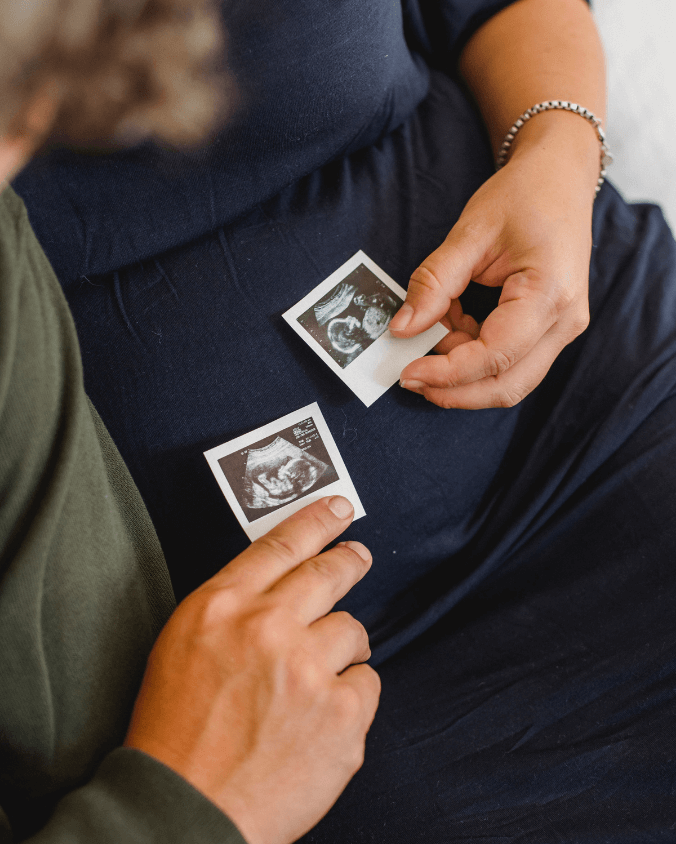 Veganism and Fertility: What Should You Know?

Veganism and Fertility: What Should You Know? Infertility is a serious public health concern with ra

Vegan Orthorexia: Everything You Need to Know

Veganism and Autoimmune Disease: Can a Plant-Based Diet Help?